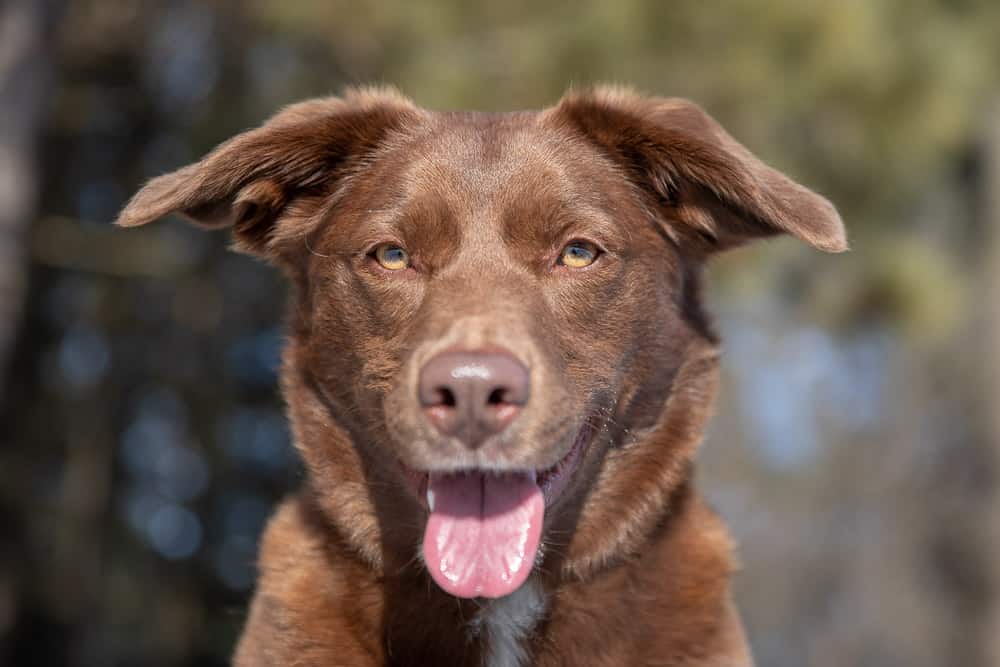 It must be frightening to be alone with your three puppy siblings, under a trailer, without your mom or dad. This was how life began for Caramel, the next dog we’re celebrating in the Rescued Dogs Project.

Caramel and the other three puppies were found abandoned in southeastern Missouri. Sadly her parents were found nearby, and it’s thought they were shot and killed. Thankfully the four puppies were rescued and transported to Illinois Animal Rescue in Bloomingdale, Illinois. Originally the four pups were named Eeny, Meeny, Miny, and Moe, but were renamed Caramel, Butterscotch, Hershey, and Fudge. 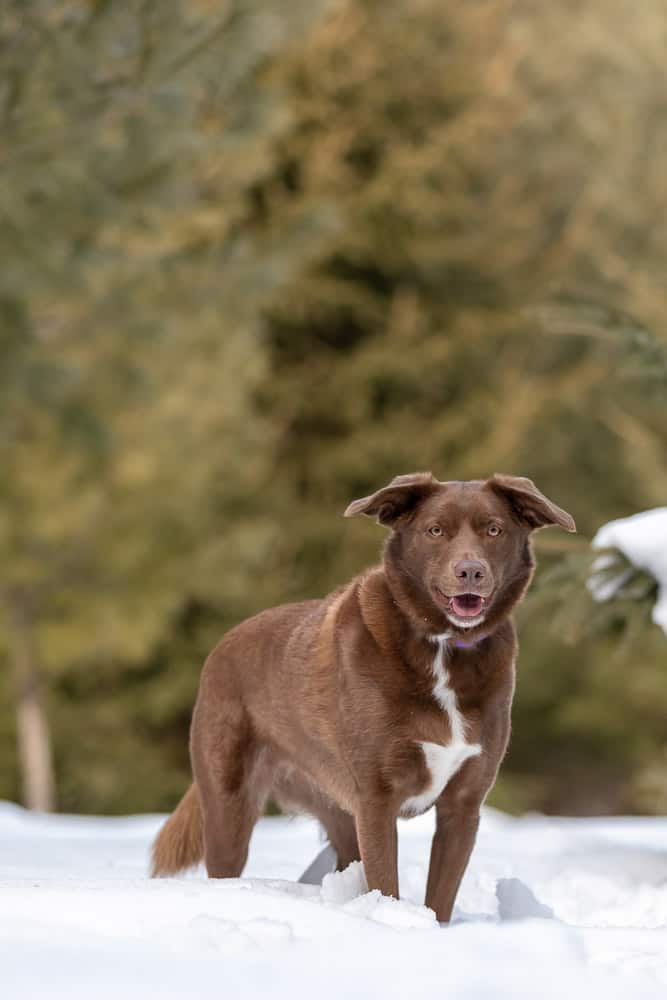 The Hutchison family didn’t have a dog, but was thinking it might be time to add one to the family. Megan was turning 13, and had wanted a dog since she was five years old. In fact, her first word was dog (which is funny because there wasn’t even a dog in the family). After very thorough research and help from someone who shared some rescue organizations, Megan found the dog she wanted. Megan found Caramel, and with the help of her family, submitted an adoption application. 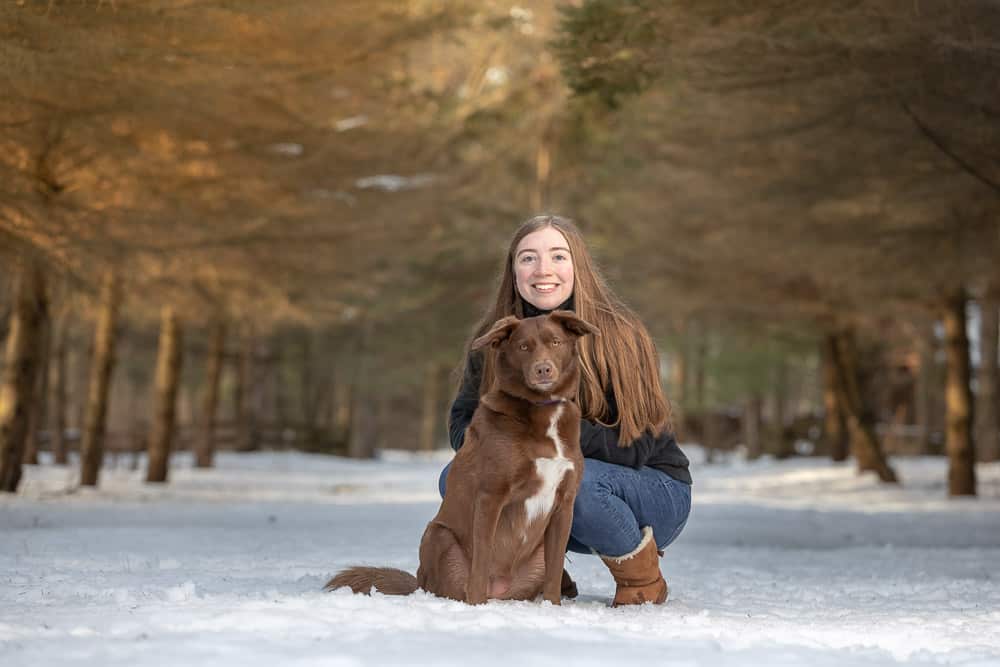 When the foster mom first let the puppies in from outside, only Caramel seemed interested in the new visitors. When Megan held out her hand, Caramel came over to investigate. According to Tammy, “Caramel was the runt of the litter, much smaller than her sister, but was very friendly and playful.” With some coaxing and some treats, the Hutchison family stepped outside with Caramel and went for a walk. It didn’t take long for Megan and her family to feel that Caramel was indeed a perfect match. 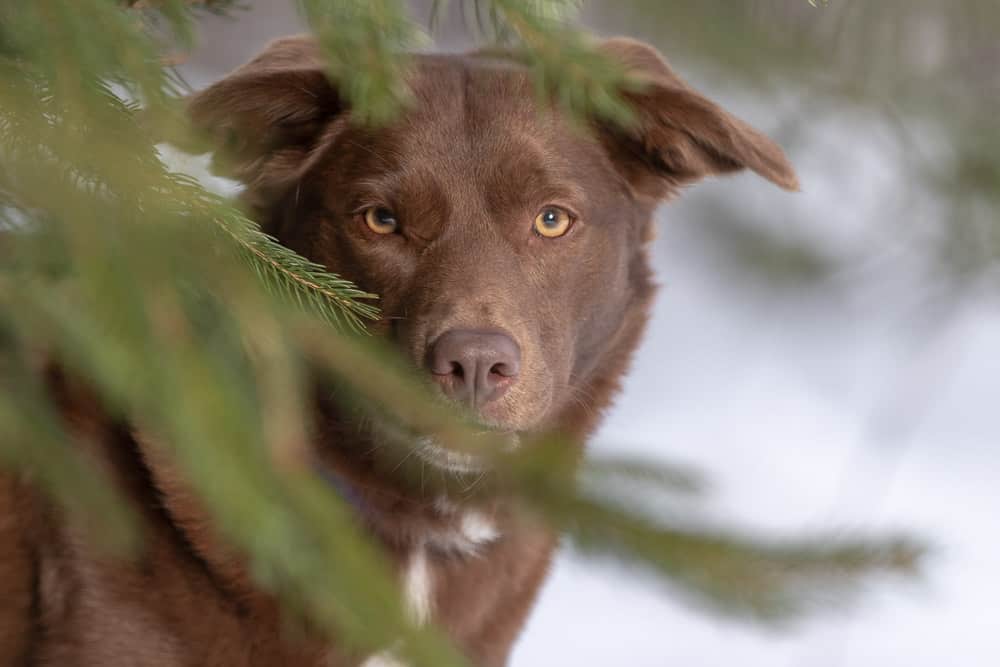 After deciding that Caramel needed to join the family, Tammy thought for sure they would have to fill out paperwork, make necessary arrangements, and come back another day to pick up Caramel. According to Tammy, they filled out the paperwork, paid the adoption fee, were given follow-up care appointments. They were handed a leash, a small bag of food and a toy, and the Hutchison family was headed back home with a 4-month old puppy. Tammy said, “The foster mom was very thorough with us and we had her number if we had any follow-up questions, but we were entering unknown waters bringing home a puppy.  Our house was definitely not ‘puppy proof’ but somehow we survived and were pleasantly surprised that Caramel was very well behaved which made our life easier.” 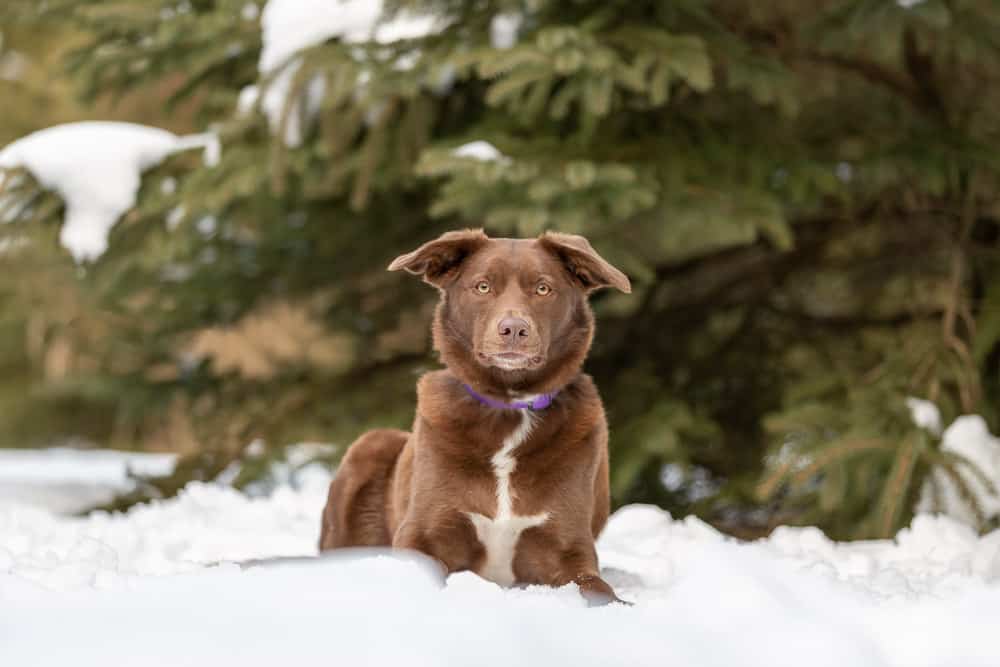 As the Hutchisons adjusted to having little Caramel in the family, they began to learn what this puppy liked. Caramel took a liking to shoes and slippers but thankfully learned very quickly they were not toys. Furniture was spared, there were no major messes, or any other puppy “incidents” to speak of. It seemed that Caramel was settling in beautifully. 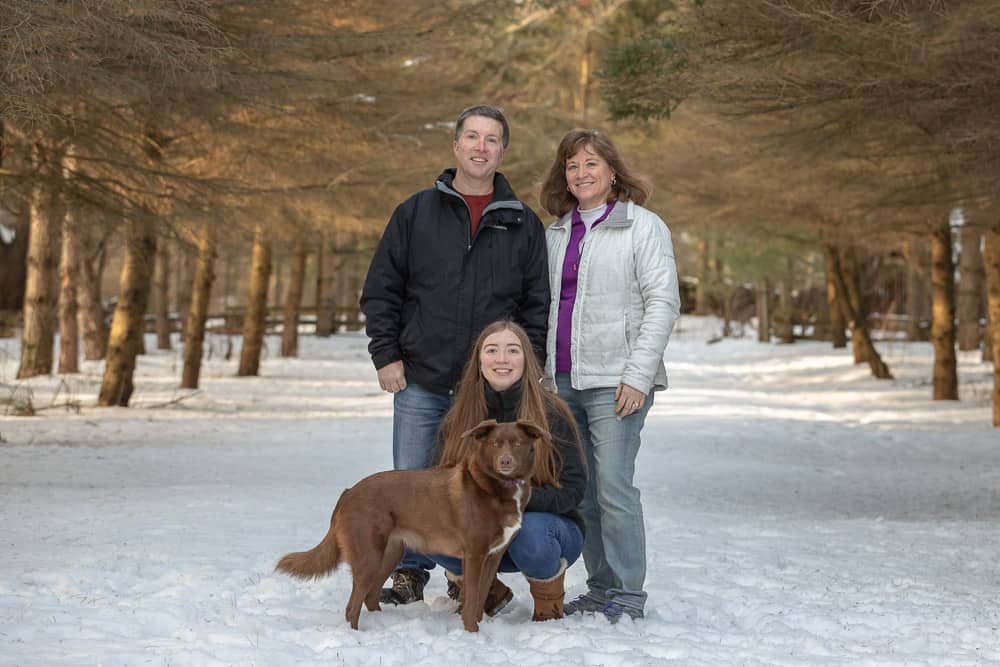 Megan took responsibility for training Caramel. She told her family what everyone needed to do to reinforce good behavior, and taught Caramel basic commands and tricks. Everyone enjoyed being outside playing and spending time with Caramel.

Part of the Family

Caramel is now almost 5 years old, and has become a big part of the Hutchison family. They feel very lucky to have found Caramel. Tammy said, “Not all adoptions are perfect, but I do have to say this one was very close, and there’s something special about the bond with a rescue who shows us every day her appreciation for all of us.” Caramel follows each family member closely, always wanting to be nearby and involved in whatever is going on. Tammy said Caramel’s also “A great supervisor for contracted help when they come to the house.”

This rescued dog doesn’t miss a beat, loves playing frisbee, chasing balls, or just hanging out in the yard. Megan’s brother Alex loves using Caramel’s toys to play hide and seek with her. And road hockey means Caramel can happily chase Alex’s hockey pucks. This is a dog that never misses a moment to spend time with her family. 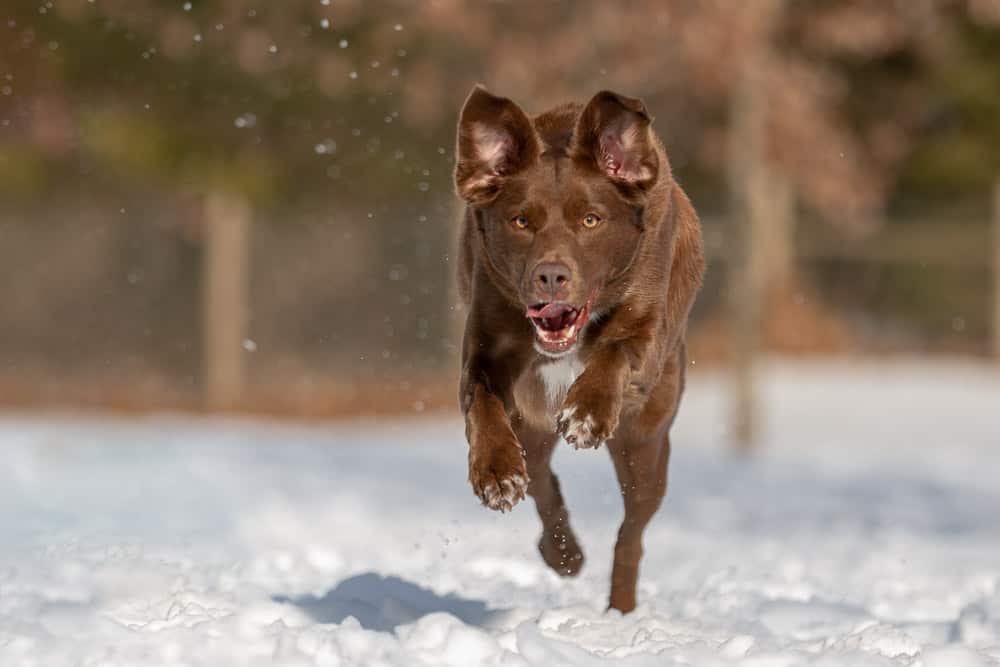 As I continue to meet these amazing rescued dogs, I am continually wowed by just how much they are loved. Caramel is the happiest, bounciest dog and she’s friendly and trusting. It was crystal clear to me that Caramel is very settled in her home and is shown love and affection by her family. Just another happy ending for a pup in the Rescued Dog Project.