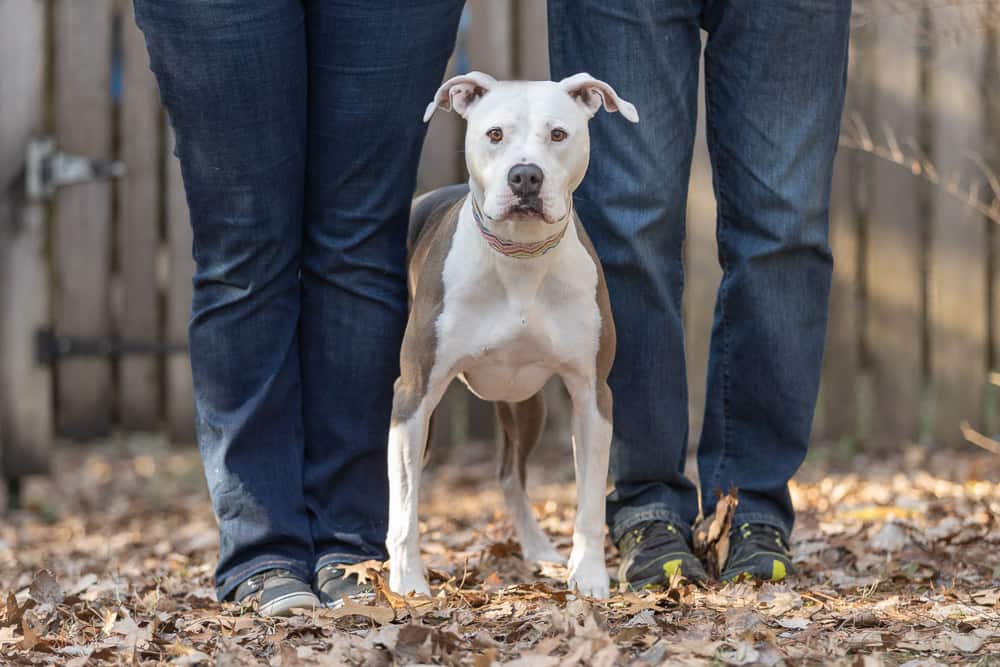 Imagine the excitement a dog feels when invited to go in the car for a ride. But what if that ride stops at a remote parking lot, and the poor dog is left there, abandoned by her owner? This is where we begin Macy’s story in the next installment of the Rescued Dogs Project. I introduce you to Macy, the Amstaff. 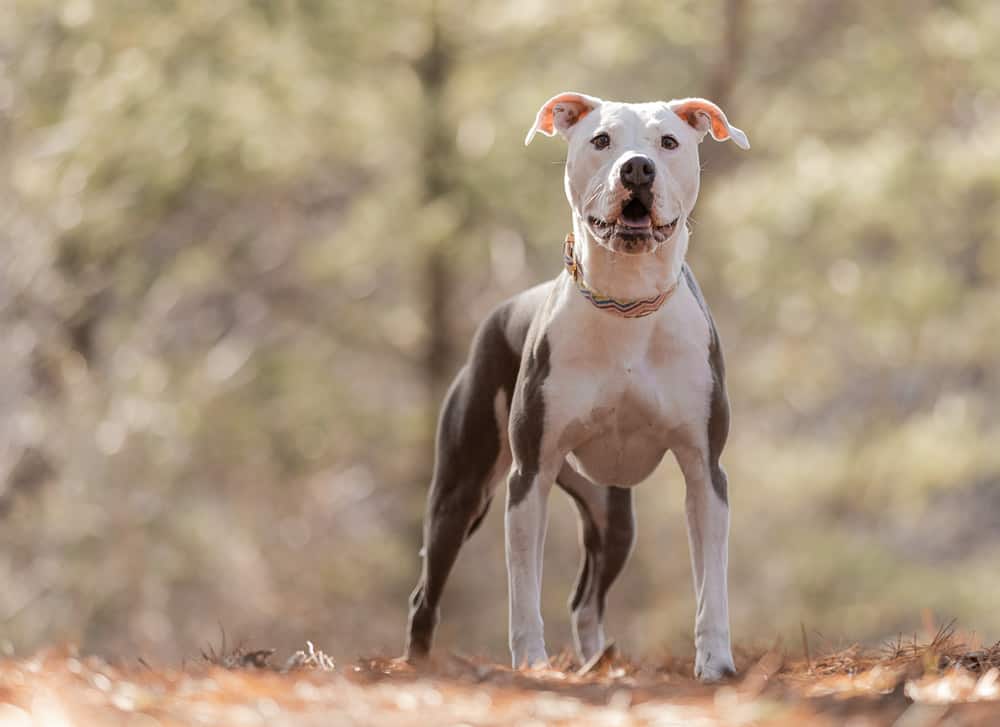 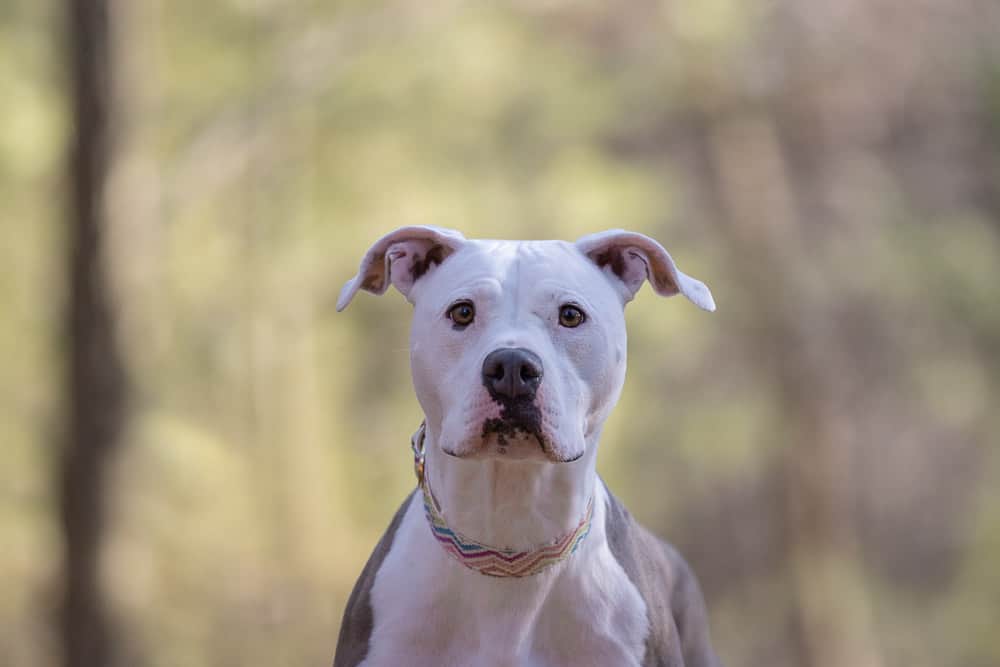 Kayla was working as a police officer in the city of Columbus, Wisconsin when she got the call. A dog was just dumped in a parking lot and was running loose. Someone who lived in the area saw a car pull into the lot. The driver called the dog out of the car and then got back in and drove off, leaving the dog all alone.

Macy ran right up to Kayla when she arrived at the parking lot. Kayla said, “I always had an irrational apprehension about ‘pitbull’ type dogs but it was love at first sight. I spent the next hour with her until the humane society came to pick her up”. After being collected, Macy was safe at Dodge County Humane Society in Juneau, Wisconsin. 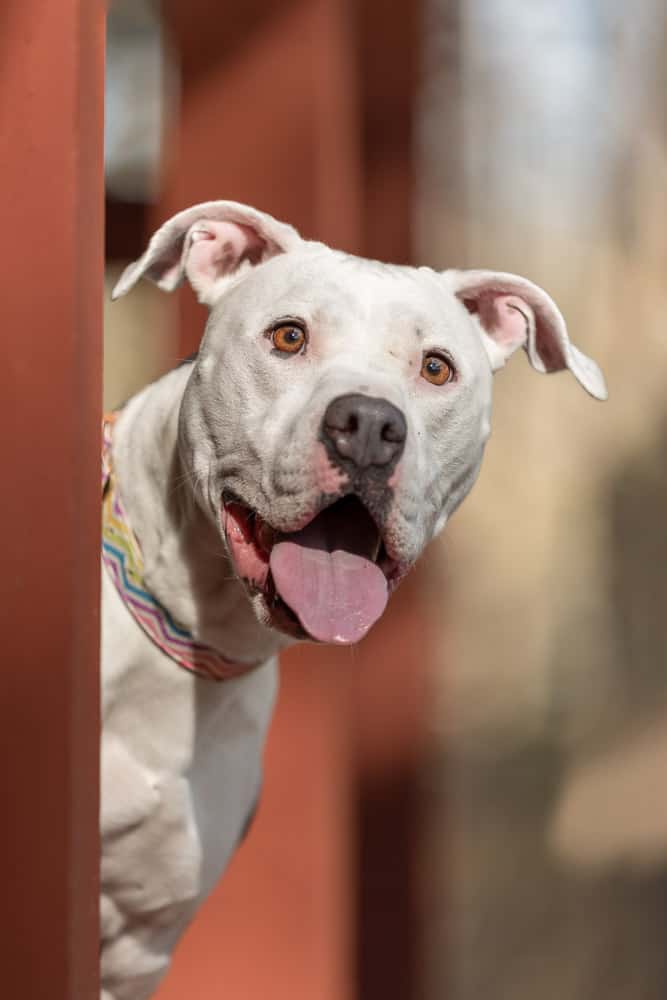 It was a month before Macy was available for adoption. Kayla waited patiently, and then took her husband Terry to meet Macy. Shelter staff told Kayla there were already two applications for Macy, so she was sure this pup would be gone when they arrived. As it turned out, the applications had both fallen through because of Macy’s breed.

When they finally met again, Macy was so happy to see Kayla. Terry met Macy, and he loved her too. Kayla said, “We put in an application that day and a couple days later we brought her home!” The transition was not easy. This puppy was only five months old and according to Kayla it didn’t seem like Macy was very socialized. 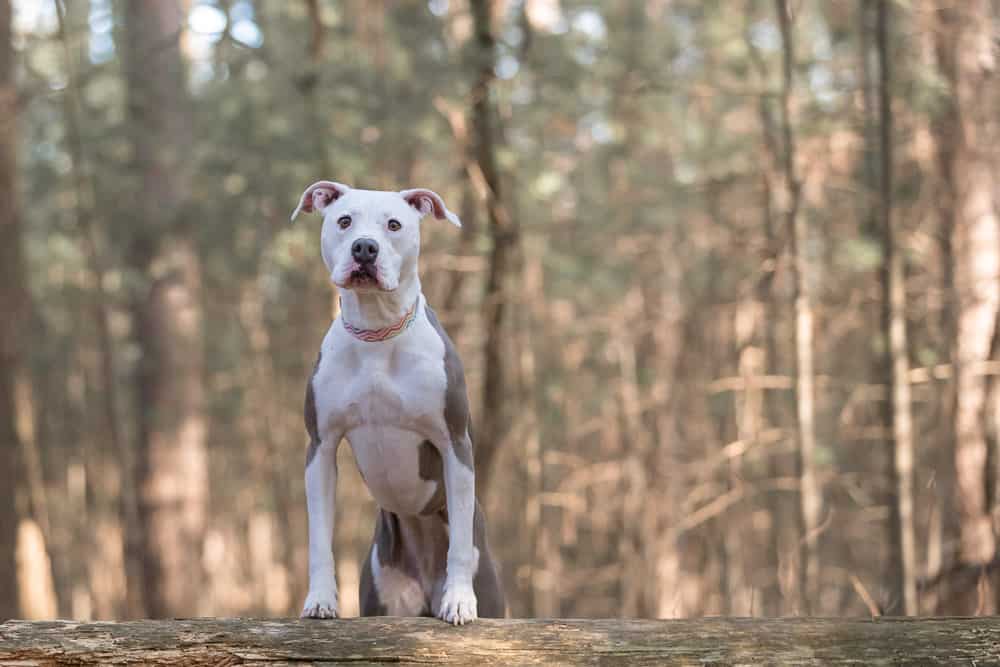 Macy is almost four now and is thriving. According to Kayla, Macy is reactive to other dogs but LOVES her people. Kayla said, “We are so grateful I met her that day and that everything aligned, allowing us to bring her home. Since her adoption, I have learned so much about the misunderstood breed and the challenges they face. She has taught us so much and we could not ask for a better best friend!” 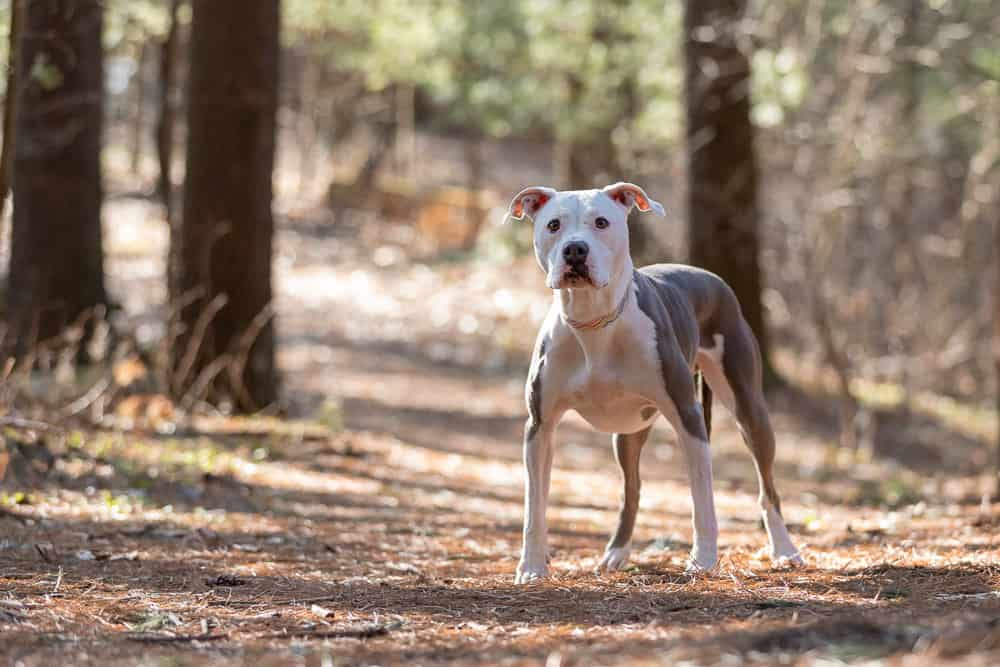 Today Macy loves to go on long walks and to play fetch. As I learned when she was here for her photo session, Macy absolutely loves her ball. This rescued pup enjoys car rides, especially to the Culver’s drive through for her own “Pup Cup”. Showing her goofier side, Macy will spin in a circle with her rope like a bucking bronco. She sometimes gets the “zoomies” and runs back and forth in the living room at full speed. This of course involves jumping on and off the couches too! 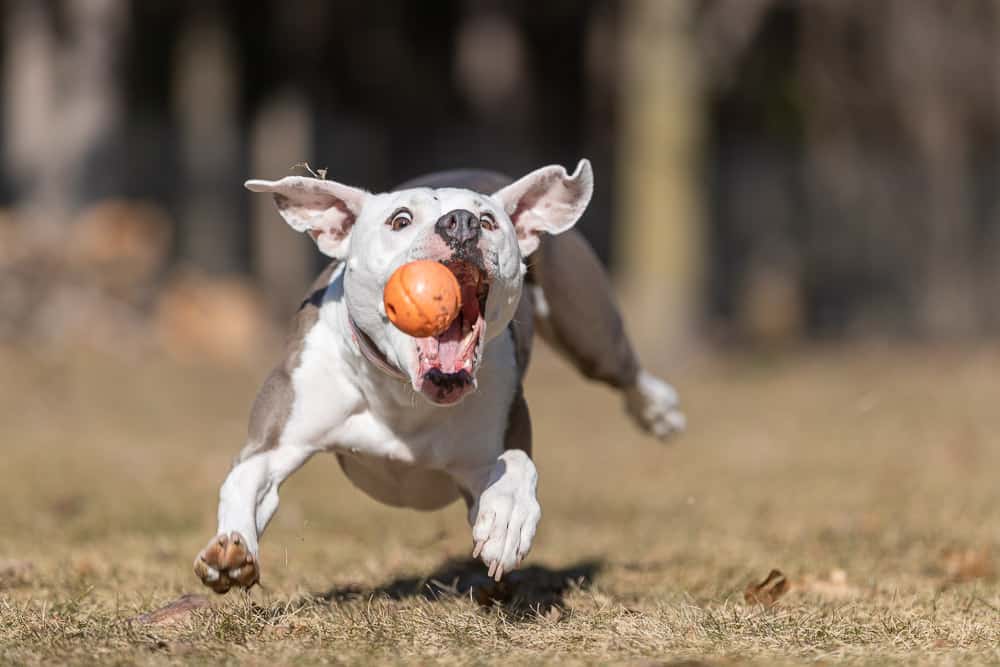 Macy loves Milk-Bones, her dental treats, and is always happy to accept a human food treat too. According to Kayla, “She eats off a fork like a champ!” Macy the Amstaff loves to cuddle and is a big bed hog. What a wonderful ending for a dog who was once left abandoned in a parking lot. Today this girl is living a happy, playful, treat-filled life. Another happy ending in the Rescued Dogs Project. 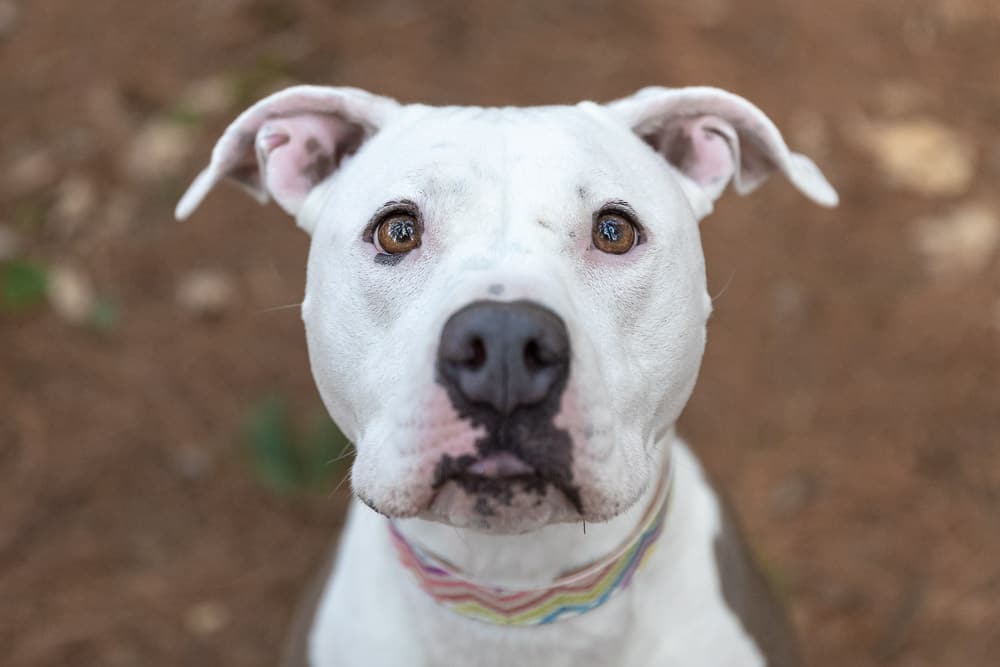 Did you miss the last dog featured in the Rescued Dogs Project? Read all about Brewer, the Shepherd Mix.