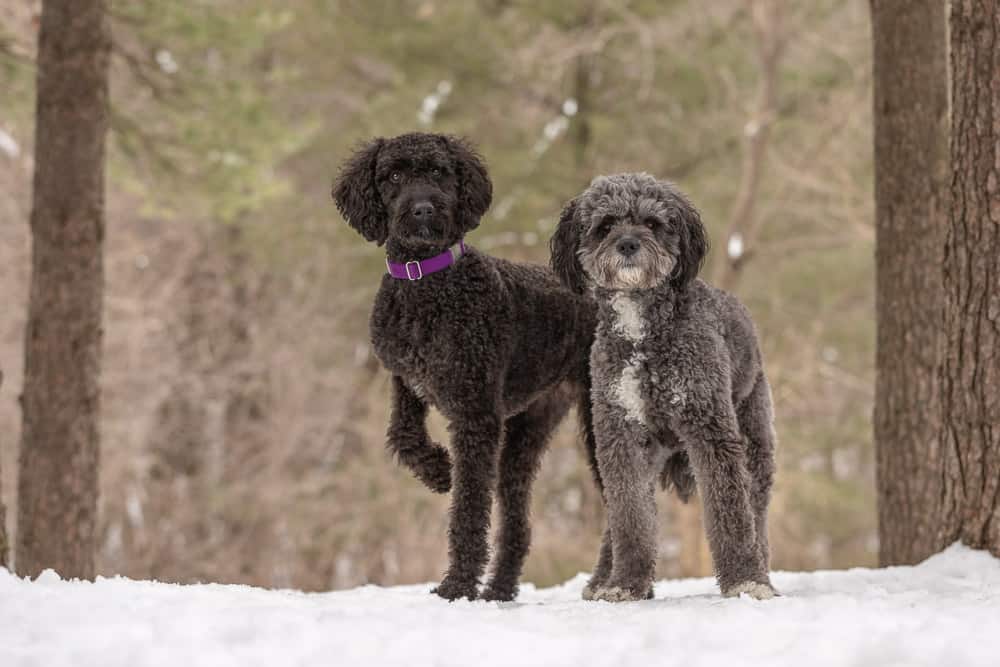 You probably know some Doodles, right? They always seem so happy and bouncy, just loving life. Let me introduce you to Luna and Pepper, two Doodles in my Rescued Dogs Project. They were both let down by their people, and needed new homes.

Luna had a tough start in life. As a puppy she lived primarily outdoors with little human interaction. At six months of age, her breeder still hadn’t sold all of the puppies, and Luna was surrendered to New Leash on Life Dog Rescue, a rescue organization based in La Crosse, WI. 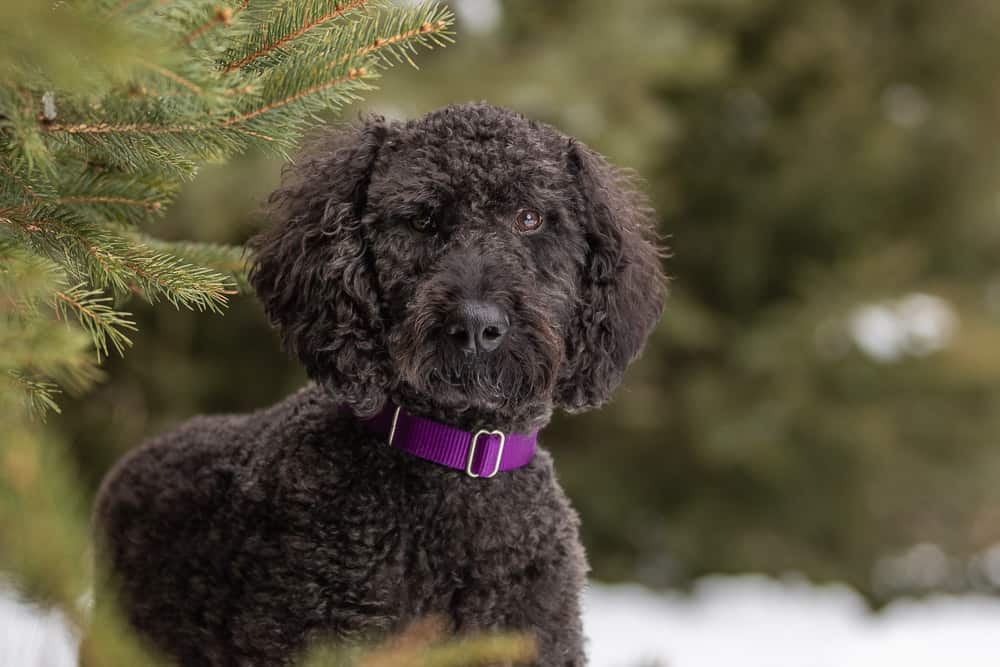 The director of the rescue told her friend Emily about poor Luna. Emily agreed to foster, and an initial meeting was planned. When they first met, Luna stepped out of the car completely terrified. Emily said, “She immediately tried to slip her collar and run”. Luna went home with Emily, but didn’t eat or drink for three days. After about three weeks of cowering and being so afraid, Luna started to warm up to Emily. According to Emily, “After three weeks I knew I wasn’t ever going to make her have to re-adjust to a new family and I made it official”. Luna was home to stay. Interestingly, Emily realized Luna was much more comfortable with other dogs around, which is what led her to Pepper.

Pepper was just a puppy when she was purchased by a family. At about one year of age, poor Pepper found herself on her way to the local animal shelter. Lucky for this puppy though, a vet tech was at the shelter when the family brought her in. This wonderful person overheard the family’s situation (an illness in the family) and offered to keep Pepper until they could take her back. Pepper was safe, and avoided a stay at the shelter. 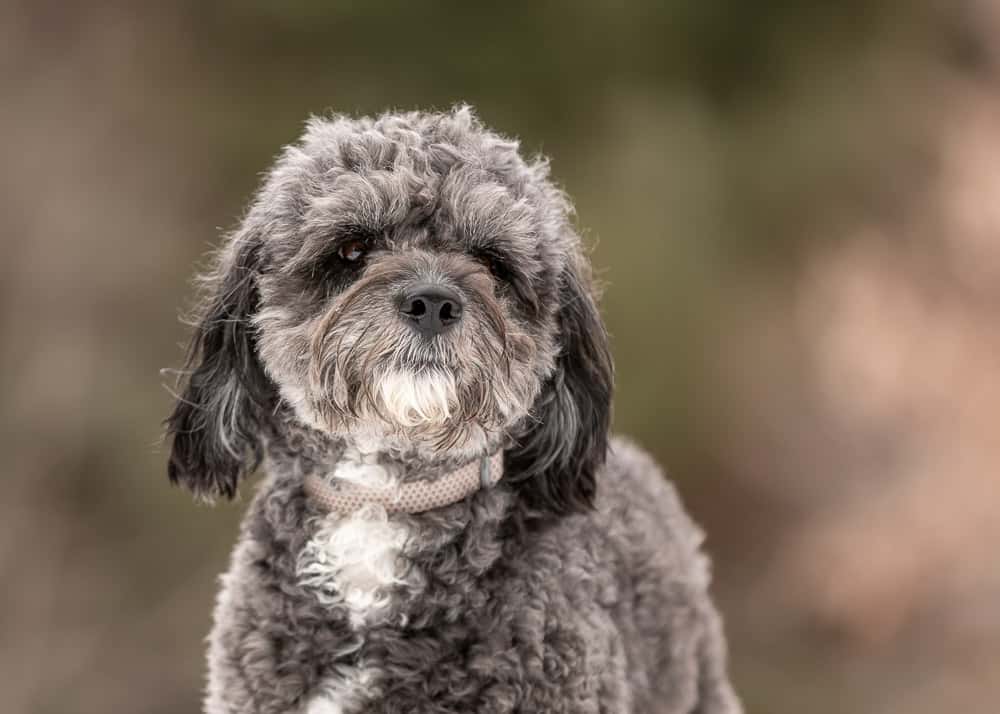 Six months later, the vet tech was back at the shelter and saw the same family trying to pick out a new dog. She confronted the family and they told her Pepper just had too much energy. They had no plans of ever taking Pepper back, they were going to get a different dog.

A Friend for Luna

As it turned out, the vet who worked with the tech is a friend of Emily. This friend shared photos of Pepper, and since Emily realized Luna was happier in the company of other dogs, she thought Pepper might make a good addition to the family. Emily agreed to take Pepper to see if she and Luna would be comfortable together. As luck would have it, Pepper and Luna got along immediately and Emily knew the puppy was a good fit. Pepper had found her forever home, and Luna had a new best friend. These were two very happy Doodles!

How are they doing now? Luna is still a cautious dog, but will warm up to most people. She is much more calm and trusting. Emily describes Luna as a very smart dog who loves to run free in the park and wrestle with other dogs. She is smart, obedient, and poised. 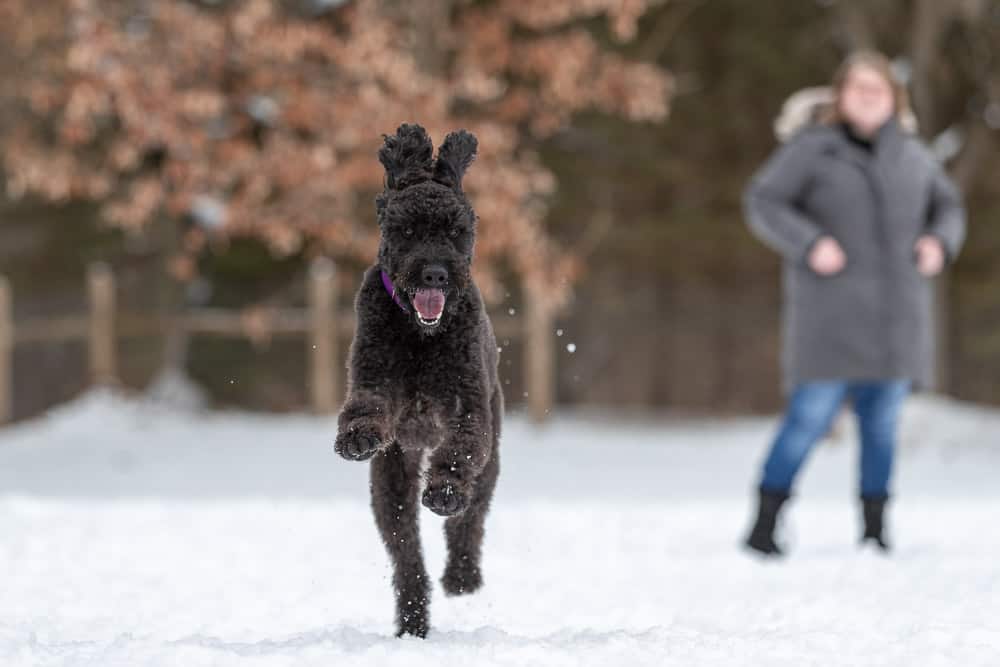 As for Pepper, Emily hasn’t seen much change. Pepper’s still a little party animal who loves to kiss, play fetch, and cuddle. Emily said, “She has never met a person she didn’t like”. Pepper has really bonded with Emily, and has become her shadow. What makes Emily really happy though, is that these Doodles have really bonded and they play together every day. As Emily says, “Luna is my pride and Pepper is my joy”. 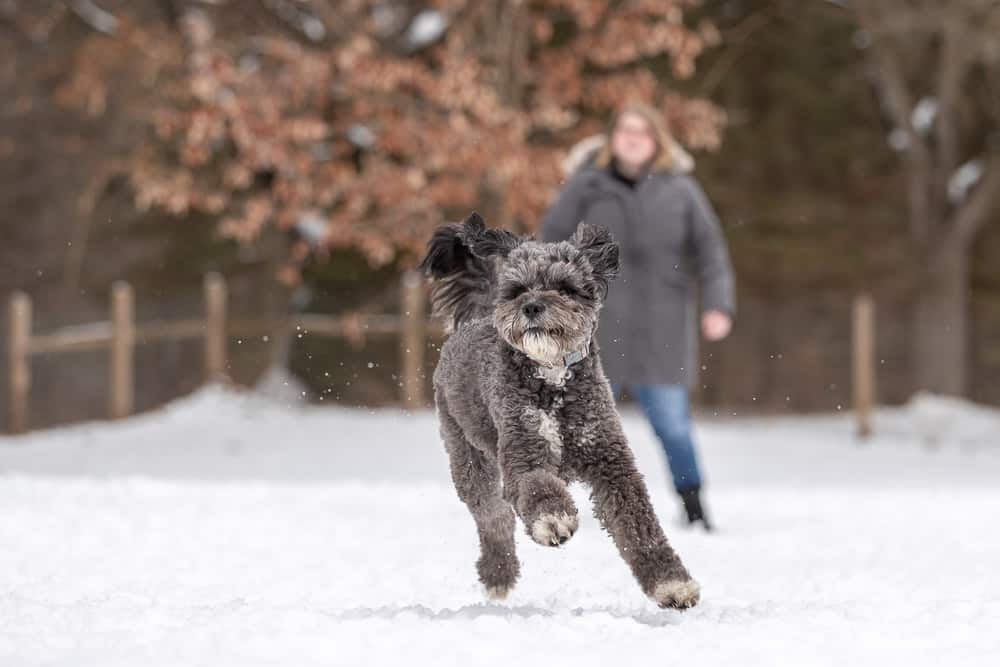 As a family, Emily loves to take the dogs to the various dog parks in Dane county, and has puppy play dates with some of their doggy friends. They enjoy walks in the neighborhood and even doggy daycare. Pepper likes swimming, so Emily takes them to a park in Stoughton that has beach areas and access to a slow moving river. For these two Doodles, life is now happy, comfortable and full of love. 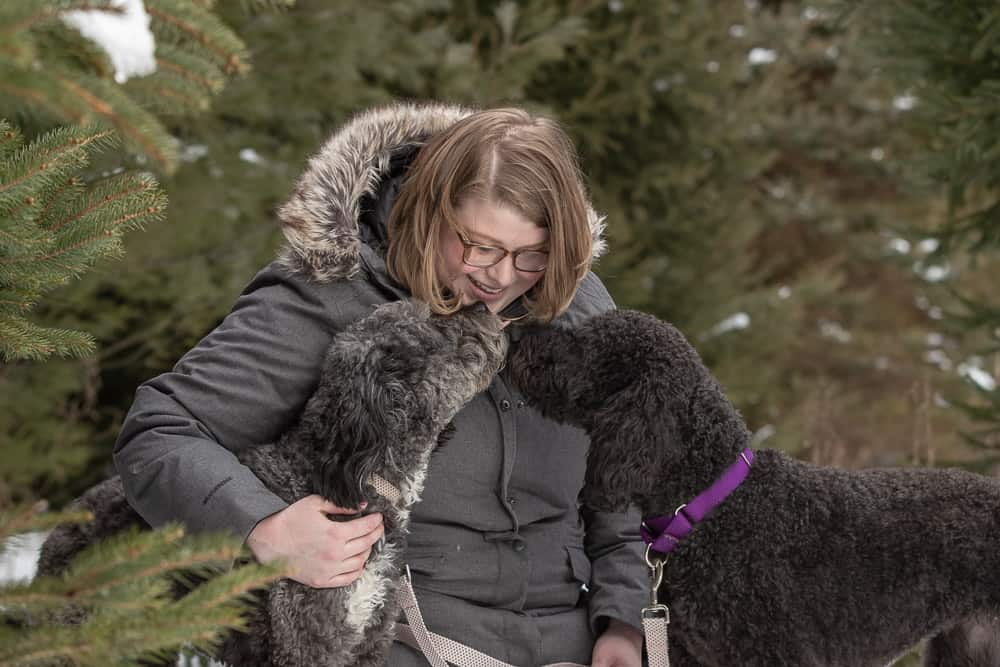