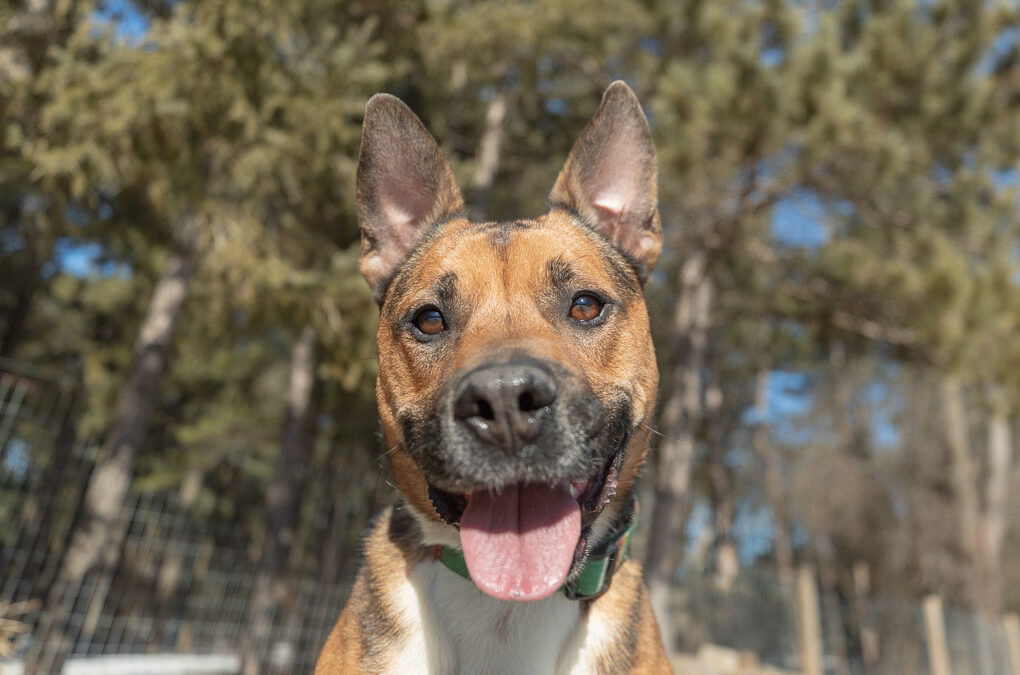 Sometimes a dog just falls into your lap. This is what happened to Mindy, who decided pretty quickly that she had to adopt this dog. This is the story of Brewer, the Shepherd mix, in the Rescued Dogs Project. 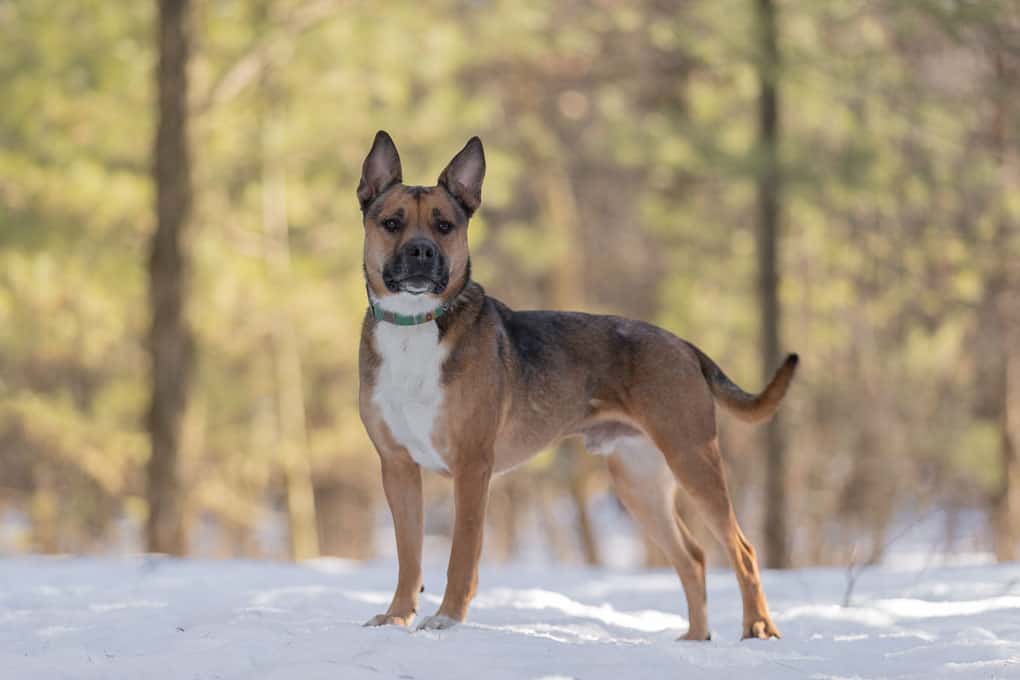 Beginning in the ER

Mindy was at the emergency vet clinic where she worked when she first met Brewer. After being saved by Woof Gang Rescue, in Racine, Wisconsin, Brewer literally got off the transport van and went straight into the clinic. Poor Brewer, who was not more than a year, came into clinic extremely lethargic and emaciated. For Mindy, it was love at first sight. Mindy said, “I actually thought he was on the verge of dying when I laid eyes on him as he wouldn’t even lift his own head.”

Thankfully a Parvo test was negative, but this left Mindy and the team with more questions. An abdominal ultrasound revealed free fluid in Brewer’s abdomen. After testing the fluid it was determined it was loaded with bacteria. Brewer was in bad shape. Once this poor boy was stabilized he was transferred to one of Woof Gang’s regular vet clinics. After three days on fluids it was discovered that Brewer had a foreign body, and his intestines had perforated. 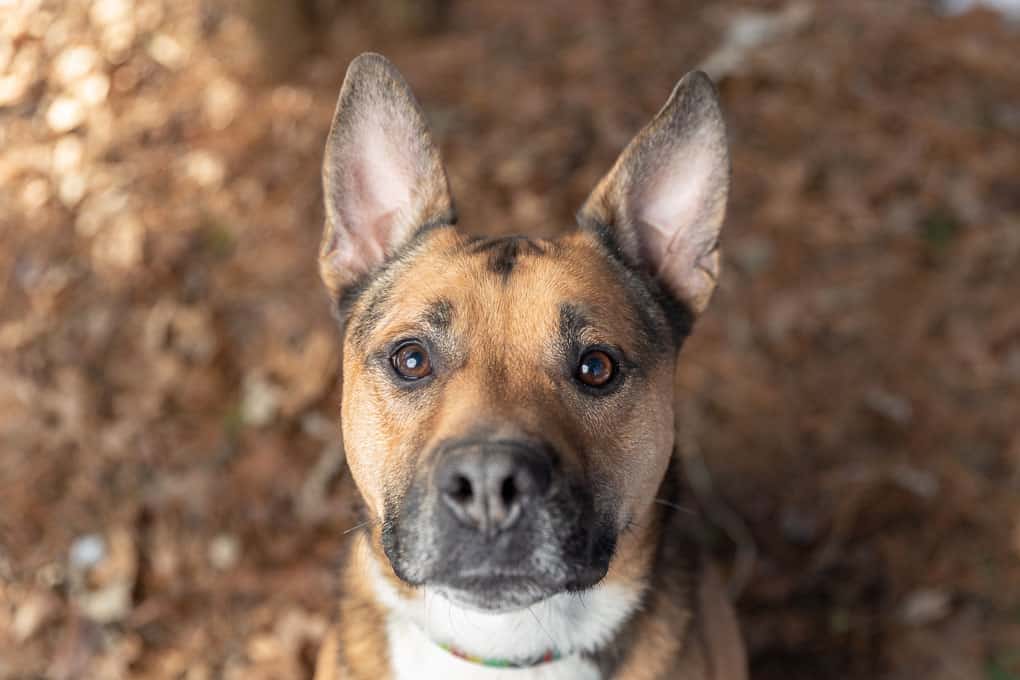 Brewer immediately underwent surgery and had part of his intestines removed. After falling in love with Brewer the day he came into the emergency clinic, Mindy decided to foster him. Although she wasn’t looking for another dog at the time, she thought she’d adopt Brewer if he got along with Mindy’s dog Christine. 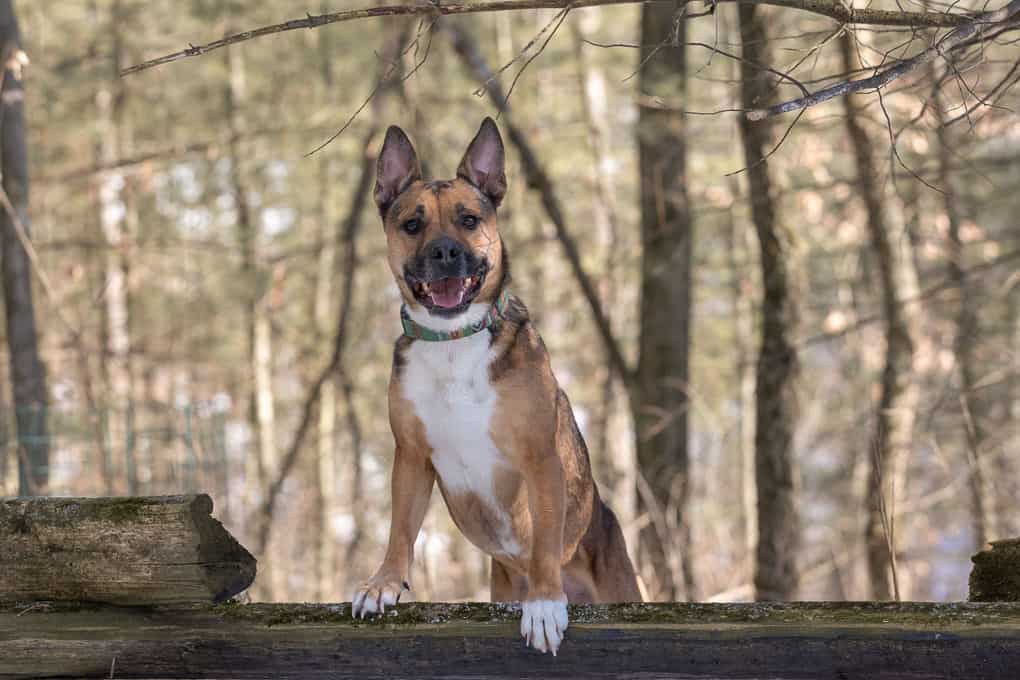 About a week after surgery, Mindy took Brewer to her home to continue recovery. When Brewer first arrived at Mindy’s he was thirty five pounds, which was even skinnier than when he had first arrived at the emergency clinic. Although Brewer was really sad when Mindy first met him, Brewer’s mood changed by the time he arrived at her home. She said at that point, he was “CRAZY happy”, confident, and not afraid of anything. Happily, Brewer won Christine’s heart, Mindy already loved him, so the Shepherd mix was home to stay. 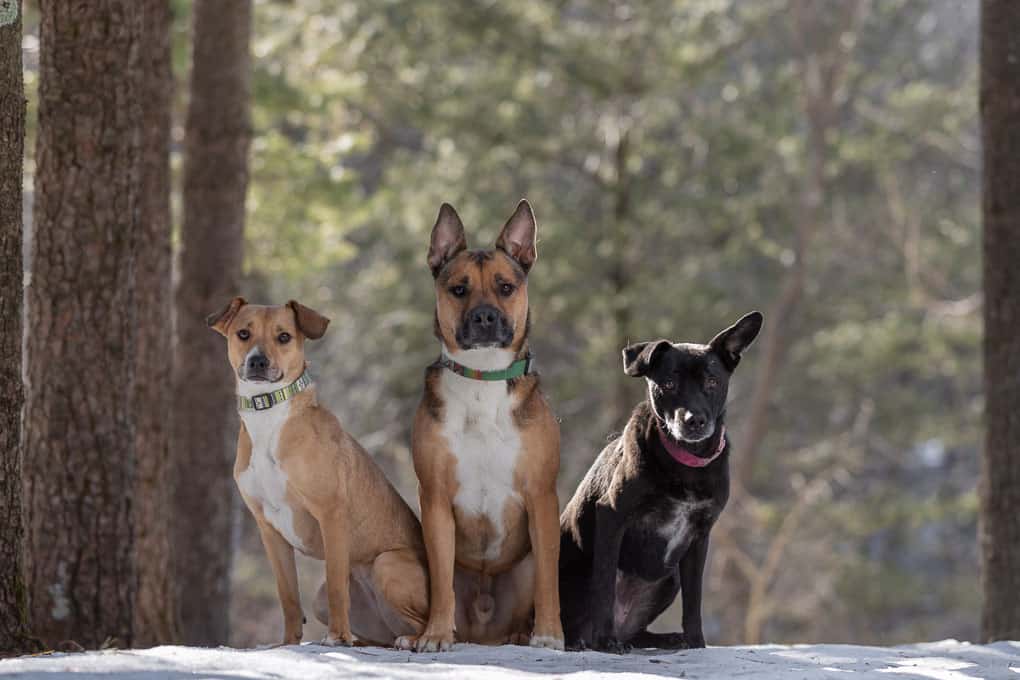 Today Brewer is a healthy fifty pounds and all muscle. He’s living his best life which includes lure coursing, playing at daycare, and teaching Mindy’s foster dogs how to become more confident. Brewer loves to go for runs with Mindy and loves to explore while out on walks and hikes. And when outdoor activities are complete, Brewer is happy to get comfy and snuggle with Mindy and her boyfriend Ian. 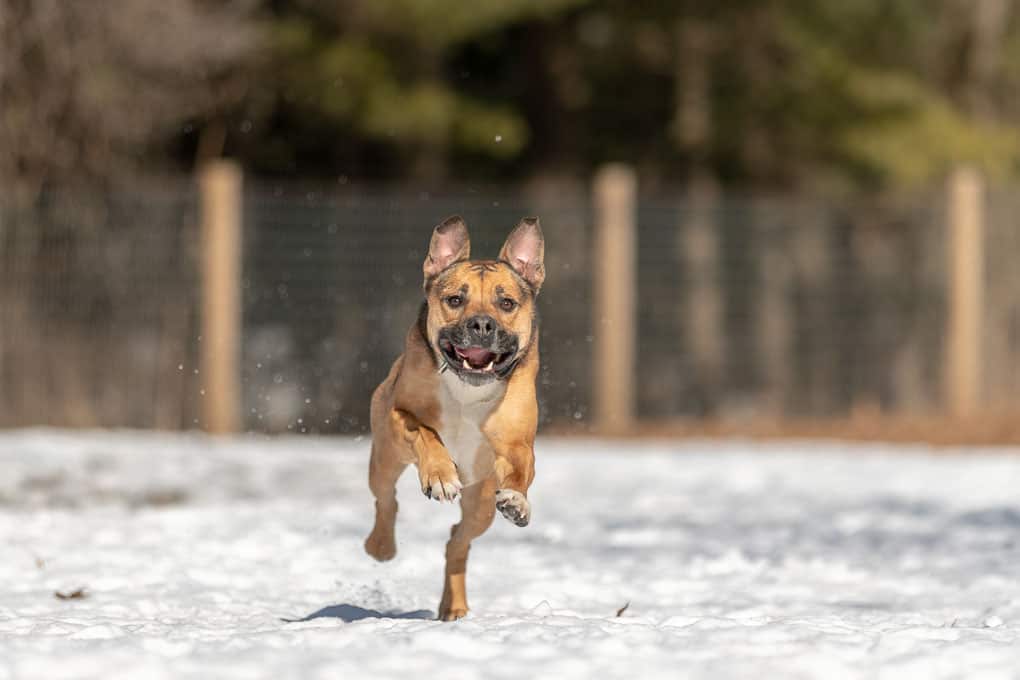 This Shepherd Mix is So Photogenic!

As I learned when I met Brewer for his photo session, this boy loves to pose! Not only is he extremely photogenic, he was happy to pose and I think he was actually smiling for me. One of Brewer’s favorite things is to cheerfully destroy his Bark Box whenever it arrives. When he’s feeling motivated, this Shepherd mix will happily hop over a four ft or even a six ft fence when he wants to get to something. 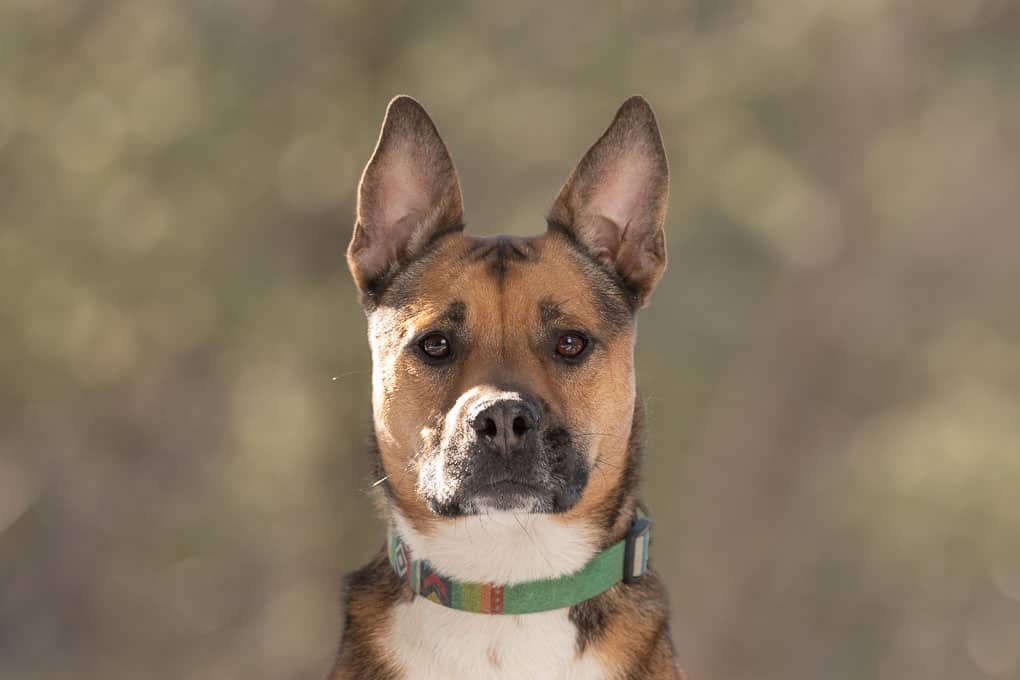 Although Brewer’s story started in a very unhappy place, he’s now living with complete joy. We can learn so much from these dogs who make no judgements, live in the moment, and don’t dwell on the past. I’m so happy to celebrate Brewer, the Shepherd mix who now has a family and helps other foster dogs on their own journey. It takes a special personality to live openly and joyfully. I’m so happy I met Brewer for my Rescued Dogs Project. 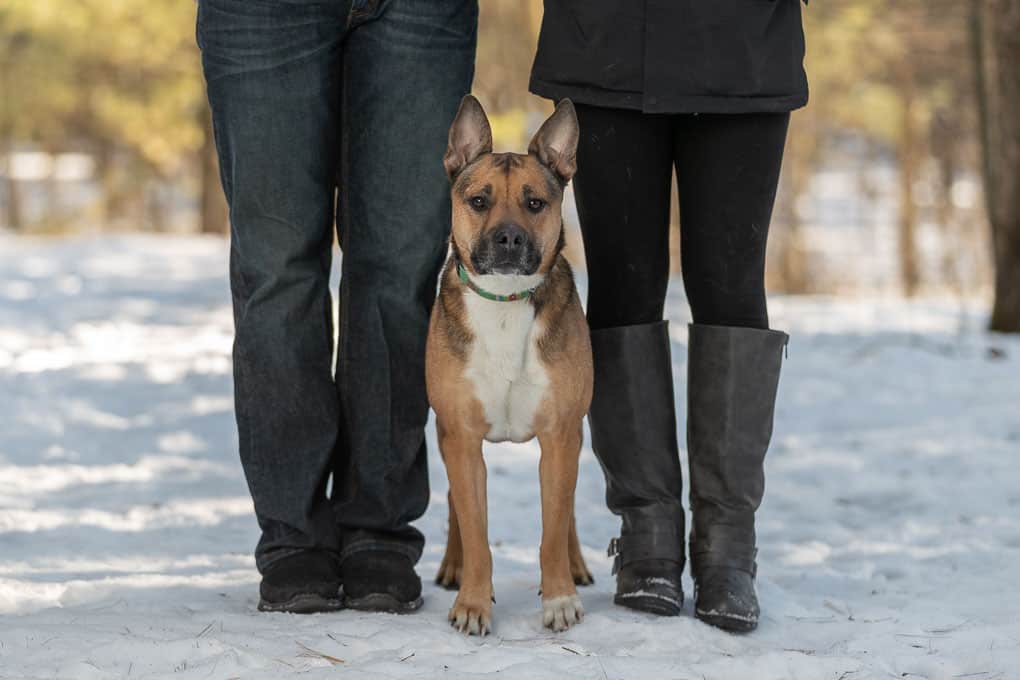 Did you miss the last dog featured in the Rescued Dogs Project? Read all about Luka, the Coonhound mix. 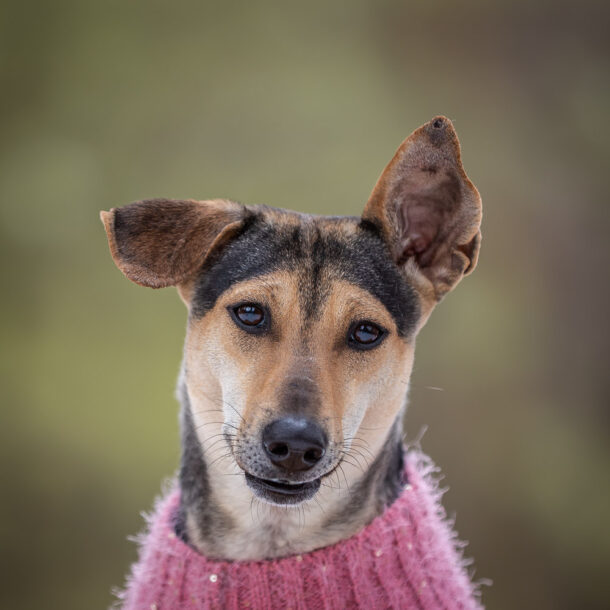